A mapping of 'Getaway' by Earth Wind & Fire for Beat Saber

Having enjoyed playing Guitar Hero so much when I was younger, after playing Beat Saber, I was very excited to design/map my own song. I am a big fan of a lot of the songs by Earth Wind & Fire and I thought there wasn't enough older music on the community websites.
Here is a link to the listing on BeatSaver.com
Here are some design criteria I felt were most important after the whole process.

To map the song, I used a community made tool called Beat Saber Unofficial 2D Track Editor I prefered this tool to the 3D editing tool that is available. I think it has a minimal design and once you get used to it, you can quickly map notes in the direction you want.
Admittedly, it would have been nice to have a level design tool in VR, so that testing the song wouldn't involve putting the headset on and taking it off again. This really broke the flow of design for me sometimes, having to remember which spot I needed to tweak or improve. 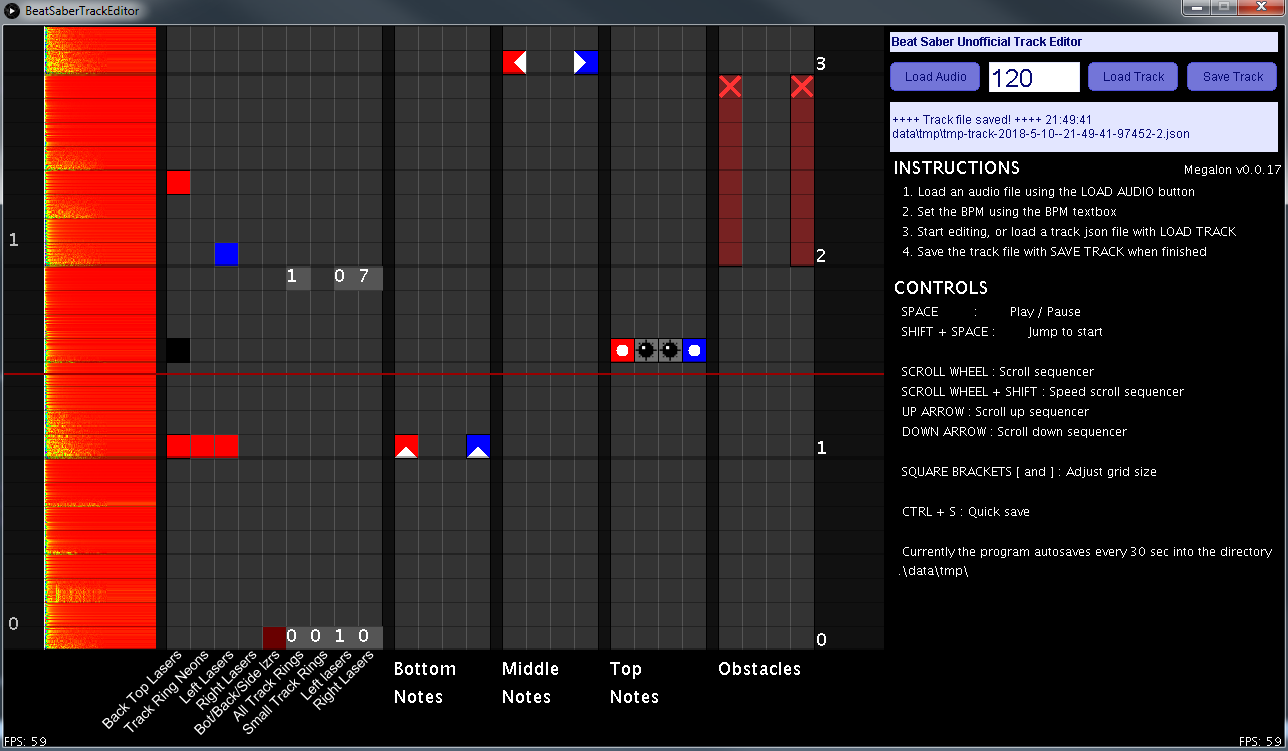